Neil’s on the button at Pinewood Studios

Back at Pinewood Studios…

This week, Neil was invited back to Pinewood Studios to visit TV Studio 2, where MW Video Systems had installed new broadcast furniture for their master control room some 18 months previous. It was Neil’s first opportunity to see the project fully completed and find out how its occupants are finding their new environment.

Whilst at the studios, Neil was given the opportunity to visit the set of the National Lottery show. Without further delay, Neil jumped at the chance to see an empty studio, but the “icing on the cake” was to press the red button! No balls were released, but Neil revelled in the opportunity, even if it was just for show! 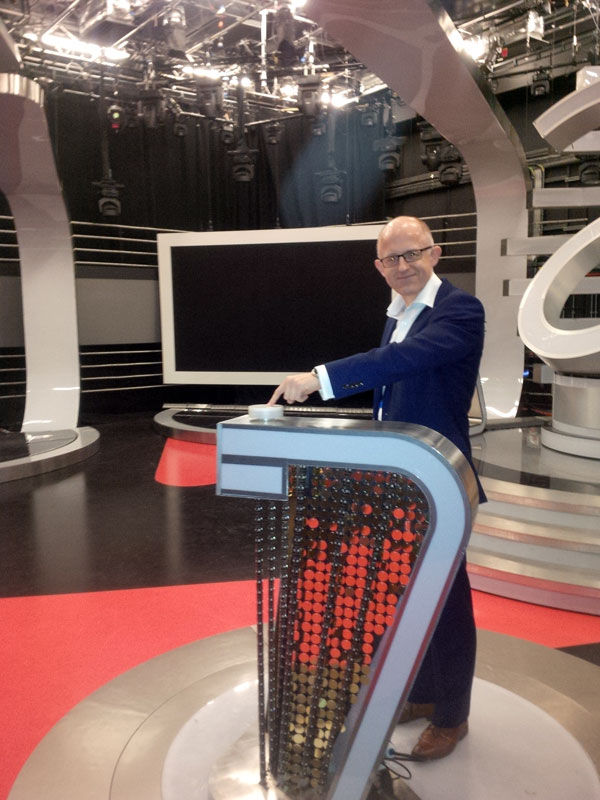